The video about is an amazing testimony of an angel singing with Jason Upton. One of his band members shares about the night. If you have never heard of Jason Upton, he is a very talented singer and song writer. You can check out his music in iTunes. The story goes that while Jason was warming up for a concert at a college auditorium in Alexandria, Louisiana a 12-foot angel joined in! Lucky for us the recording equipment was on for sound check and captured the whole thing. I realize this may sound fake so check it out for yourself. Below is the recording. Keep in mind that Jason was the only one on stage – no else was singing with him.

I adore this song. I recommend listening to it with headphones and eyes closed.

It’s a great one to listen to when you can’t fall asleep or you just want to sit still before Him.

First, Fly is available on cd! I was unaware of that at the time of my original posting. Check out Jason’s album, Remember, song #7 Fly.

I received word that the testimony is not fully accurate. Below is excerpt from Jason Upton’s site (jasonupton.com). It’s about the experience in Jason’s own words.

“There is no explanation for the last song, Fly, except that during the “do you see what I see” portion you will hear a soaring voice over the top of the other voices (6 minutes and 11 seconds into this section). At first we thought it was an ambient microphone picking up an overtone. During mixing all of the channels were searched and we found that this ‘boys choir’ type voice was not on any of the other microphones, but was bleeding through my own microphone ( which would make it impossible for it to be an overtone because it was not present on any of the other microphones). If you listen carefully you will hear it again later in this section; it’s not quite as clear because, unfortunately, my voice is prominent on that microphone. Interestingly, a boy came up to me that night and told me that he saw an angel standing about fifteen feet behind me… and another one behind our drummer. At the time I doubted that; but after hearing the ‘voice’ alone during the mixing process with no other instruments around it, I do not doubt it anymore.” 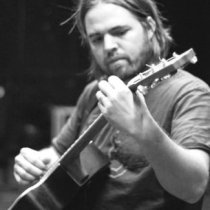 Hello! My name is Bethany

Connecting with People in My Path

with Bob and Sherry

May we all...Glow With Grace!

Let Love Work for You.

finding joy in the journey